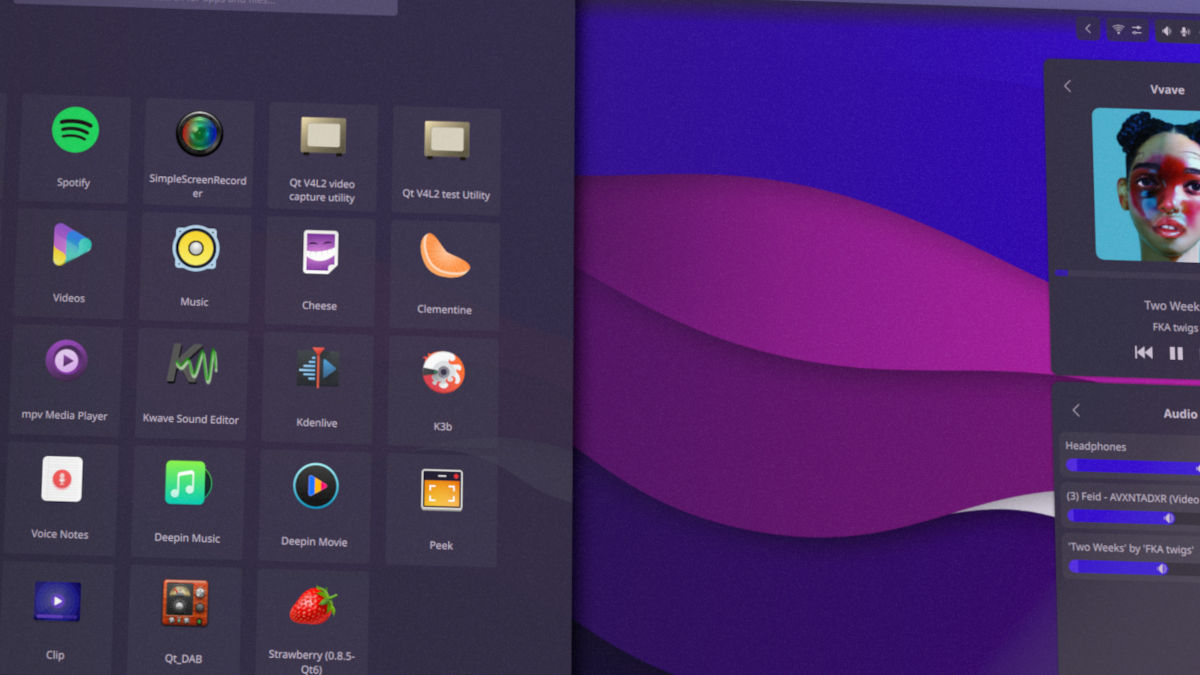 The awesome Nitrux team manages to shell out the first Alpha release of the brand new MAUI Shell.

We reported a while back when the brand new MAUI shell is announced by the Nitrux team. It is a brand new Linux user interface with built-in convergence in mind. That means the UI can adapt to any display size such as Tablets, Mobile phones and Laptops/desktops.

The MAUI shell is released as an experimental version in the last release of Nitrux OS which is a KDE Plasma and Debian based Linux distribution. Since then, more changes incorporated into the MAUI Shell code across its Cask shell, Zpace compositor and some under-the-hood changes.

An Alpha release is “a version of the product which has passed initial QA but for which no documentation or support is available”. That means you can get a somewhat workable MAUI Shell for testing purposes.

That said, the MAUI Shell Alpha release mainly focussed on the Cask shell [the panel, the dock, launcher, dialogs and cards] and its inner workings. When we tried MAUI Shell first time a few months back, it was very buggy. Well, it is polished now with the refinement and polished work on cards, dialogs, sliders, and buttons to make them more aligned visually as well on user experience.

Apart from this, the top panel gets sound, Bluetooth, dark mode switch, network, brightness and media controls with this MAUI Shell Alpha release.

Furthermore, a new PolKit agent brings the authentication feature, the shell now picks up the accent colour from the wallpaper.

In addition to these, some work was done on the session startup program called startcask-wayland, a new toggle button for dark and light theme switching, a compact feel across the icons and texts in cards and menus and a change on the main launcher which shows the most used application in the first page.

Well, it’s a little tricky to compile and test MAUI Shell. If you don’t want to get into a compilation, I would recommend that you wait for a month for this Alpha version in the next Nitrux OS release. You can get the new Shell as an experimental version.

If you want to compile, the easiest way is as below.

As of writing this post, it is yet to land in Arch Repo. Once that lands, you can easily compile with Yay or any helper and that will be effortless.

Without a doubt, it’s an important milestone in this stunning Linux Shell. Cheers to the team for the effort.