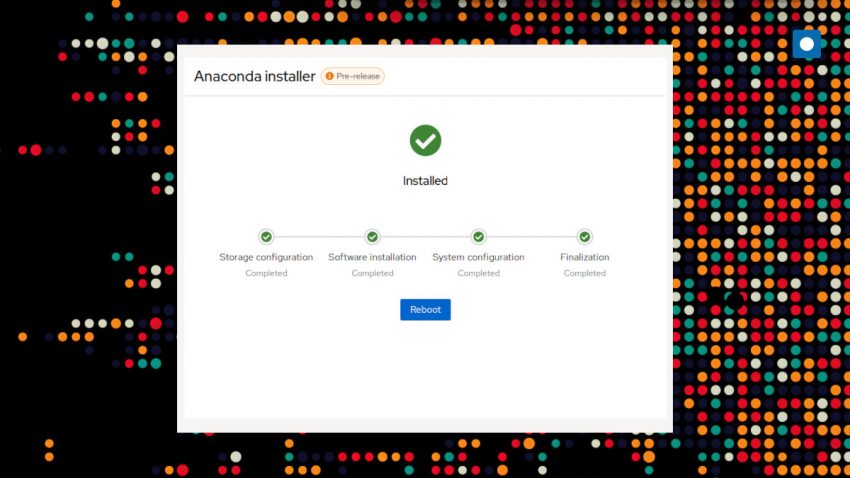 The upcoming Anaconda Web UI testing image is now available for everyone to download as a preview image.

A few months back, we reported that Fedora Linux 37 was planning to introduce the new Anaconda Web UI installer, which is under development. However, the installer could not make it for Fedora 37 release due to several bugs and other issues.

Now, the testing image is available for everyone to download and test.

Fedora’s new Anaconda Web UI is a modern installer which is under the development/visioning stage for the past one/two years. It’s a thin installer that runs on a web browser. At its core, it is based on Cockpit, patternfly and Python.

You might be wondering why a new web-based installer and moving away from the GTK-based Anaconda installer. Although the current installer is a little less user-friendly, it works fine.

The primary reason is to cater to several business use cases where you need to install Fedora Linux over the network. For those remote installations, bandwidth and latency are important. And it may not be a good idea to use GTK based installer.

Furthermore, the new web UI indeed runs on the browser (default Firefox), and it does partitioning and all those stuff. To give you a first look, we downloaded the image and gave it a spin in VirtualBox.

Here’s how it went.

When you start the installer, behind the scenes, the Cockpit installer launches the Firefox web browser in a kiosk mode and kicks off-Web UI. Here’s the screenshots.

Testing wise, it went fine. And it installed latest Fedora rawhide in our test system.

So, I would recommend you not to try it in a physical system. Rater try it in a virtual machine.

Here’s the download link for the Anaconda Web UI. The ISO size is a little bigger ~4GB.

If you run into some errors or have any feedback, make sure to raise an issue in GitHub or send an email.

What do you think about this new web-based UI? Do let me know in the comment box.