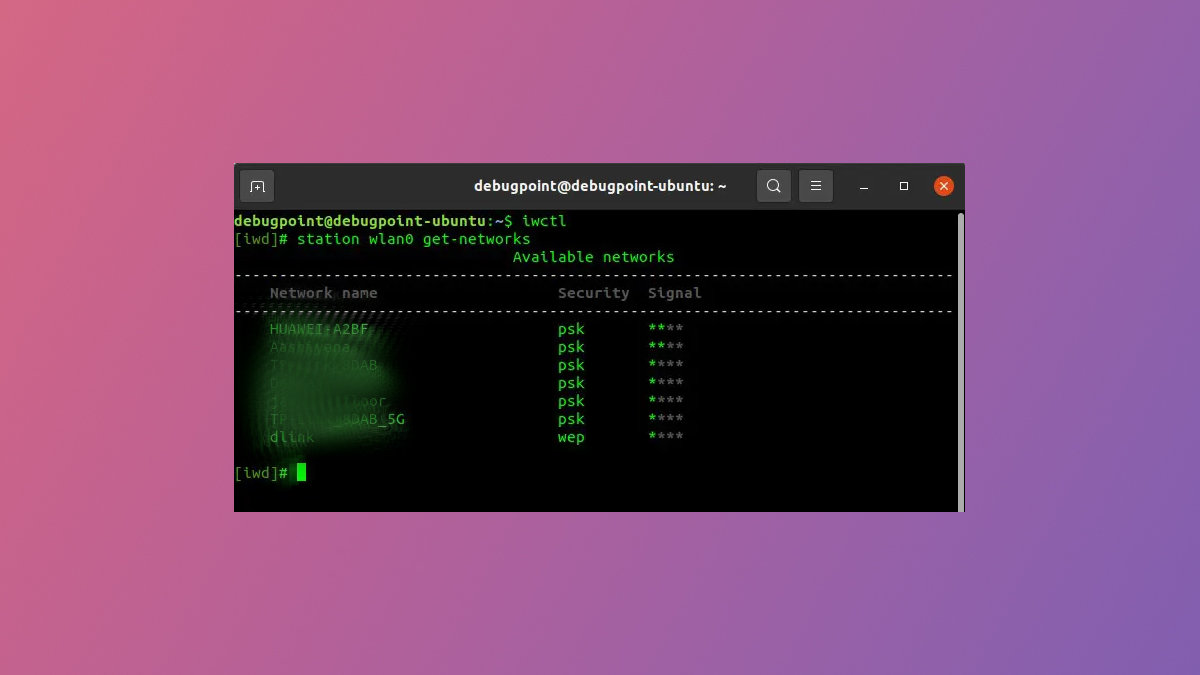 Ubuntu 22.10 Kinetic Kudu plans to replace the WPA_Supplicant in favour of a more modern IWD.

It looks like the Canonical and Ubuntu team is up for some significant change after the release of Ubuntu 22.04 LTS Jammy Jellyfish. A couple of days back, Ubuntu 22.10 confirmed to switch to the PiprWire sound server.

The WPA_Supplicant is an open-source implementation of the IEEE 802.11 specification. This two-decade-old package is famous in Linux and BSD suite of operating systems and served its purpose. And now, a significant change is coming up for the wireless module that deals with WiFi connections.

However, the more modern implementation of IWD iNet Wireless Daemon is more efficient and brings many cutting edge features to the table. Intel develops the IWD, and it has better features and controls.

Currently, the change is in progress via a bug in the launchpad. In the coming weeks, the Ubuntu team, with the help of the security team, will decide whether IWD can finally be incorporated into Ubuntu main repo as a default.

Furthermore, it’s a good decision for better Wireless management. I have had a terrible experience with WPA_Supplicant while working with several systems. The WPA_Supplicant sometimes drops the connection and gets into a loop to connect to WiFi access points with repeated failures.

Over the years, Ubuntu users saw these problems in systemd logs with WPA. Hopefully, all the WiFi connection troubles will go away with the IWD adaptation.

If you want to learn more about IWD, refer to the following excellent pages, which contain some engaging discussions about IWD.

You can read all the development updates about Ubuntu 22.10 via this page.